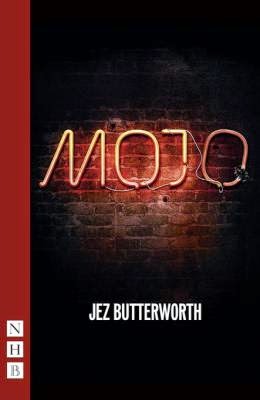 This review is going to be a little bit different from the others because Mojo is a 1995 play written by Jez Butterworth.
And since it has been one year since opening night I am going to talk about the written play as well as the production that was staged at the Harold Pinter Theatre in London in the Fall season 2013 starring Ben Whishaw (Skyfall), Colin Morgan (Merlin), Rupert Grint (Harry Potter), Brendan Coyle (Downton Abbey), Daniel Mays (The Adventures of Tintin) and Tom Rhys Harries (Parade’s End).

Mojo is set in the 1950s London nightclub scene. Therefore all the characters have a bit of a shady touch to them. The plot evolves around Silver Johnny, a young singer who is currently employed at the club all our protagonists are working. It is hinted right from the beginning that Johnny is considering to work for another man called Sam Ross. Sweets (Grint), who is responsible for the drug supply at the club and Potts (Mays) know about that, but decide not to get involved for now. This scene is incredibly well played by both Grint and Mays, although the lines are generally rather confusing, whether you read them yourself or see them performed. The energy which both actors deliver in their scenes together is amazing and Rupert Grint did an extraordinarily good job on his debut on stage. Daniel Mays was generally absolutely mind-blowing. I did not really know what to expect, since he was the only one of the main characters I hadn’t known before, but after having seen the play I have to say that I have never been more impressed with any theatre performance than his.
The next character we get to know is Skinny Luke (Morgan), who works at the club. Colin Morgan’s performance definitely showed that he has already had experience on stage and that he is an extremely good actor in general. Especially because his role as Skinny is very different from his role as Merlin, which he is still most famous for until now.
He complains to Sweets and Potts about how the club owner, Ezra’s, son Baby (Whishaw) constantly harasses him. This can be also immediately seen in the next seen when Baby makes a appearance. Both Sweets and Potts seem to really care about him but there is never a doubt about the fact that there’s something dangerous about him, which is spectacularly delivered by Whishaw who hasn’t been called the greatest actor of his generation for nothing.
The four men decide to have a quiet night and play some cards, but the next scene we are shown has nothing quiet about it. Skinny is tied to a jukebox without his trousers, threatened by Baby with a cutlass while both Potts and Sweets are just chaotically shouting around in the background.
That’s when Mickey (Coyle) finds them. He’s Ezra’s business partner and runs the club with him. Mickey tells the four other men that Ezra has been murdered by Sam Ross’ men last night and that they’d probably come for them next. Brendan Coyle did a really great job with Mickey as well, but I have to say that both he and Tom Rhys Harries were not as impressive as their fellow cast.
The rest of the play has got a slight Waiting for Godot vibe about it, because all of the men hide in the club, barricade the doors and wait for the inevitable to happen. In the course of the night they drive each other crazy with fear and not knowing what to do. The only one who seems to keep calm in a very eerie kind of way is Baby. Whishaw’s performance was absolutely magnificent, especially one of the last scenes where he just stands there, looking at what has happened (not going to spoil the ending here 😉 ), silent tears running down his face, while keeping a stony expression.

Although the plot of the play is very simple, it is still not that easy to summarize (as you might have noticed). Seeing it performed was an amazing experience because the cast was absolutely incredible. As it is always the case with plays, at least in my opinion,  they are never as good if you just read them. That is true for old classics like Shakespeare and also for modern plays like Mojo. I would still recommend to read it and definitely go see it live on stage, if you ever have the opportunity. You sure won’t regret it, trust me!

“Hector and the Search for Happiness” by François Lelord: Review 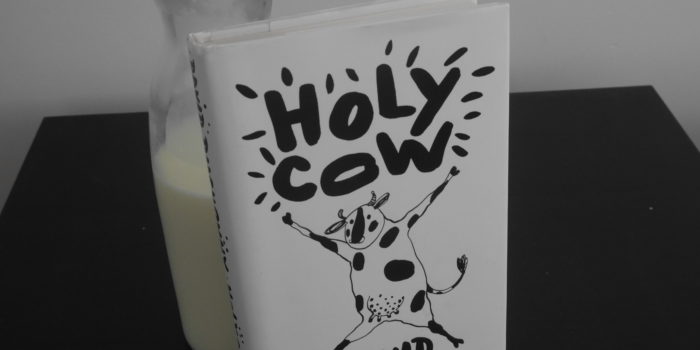