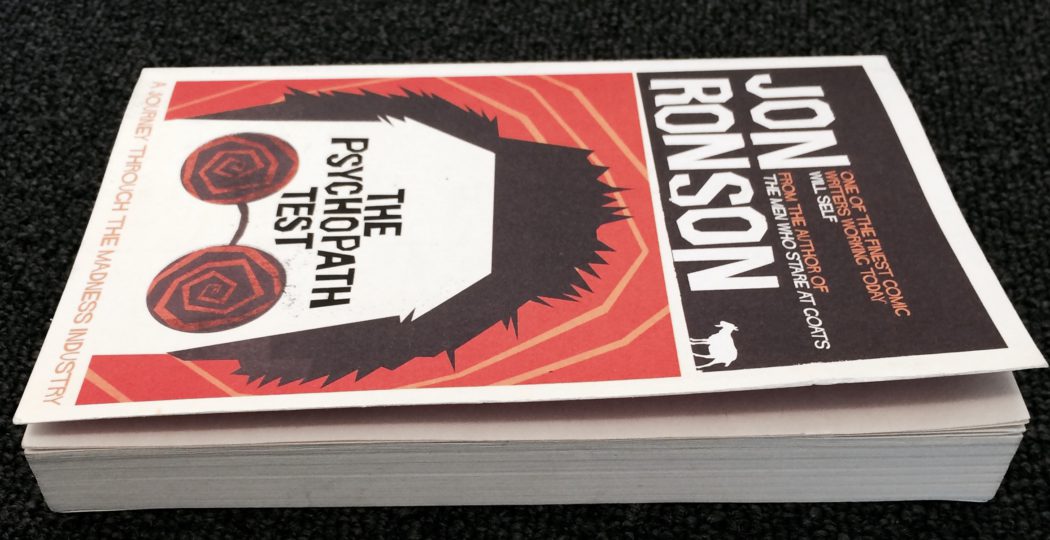 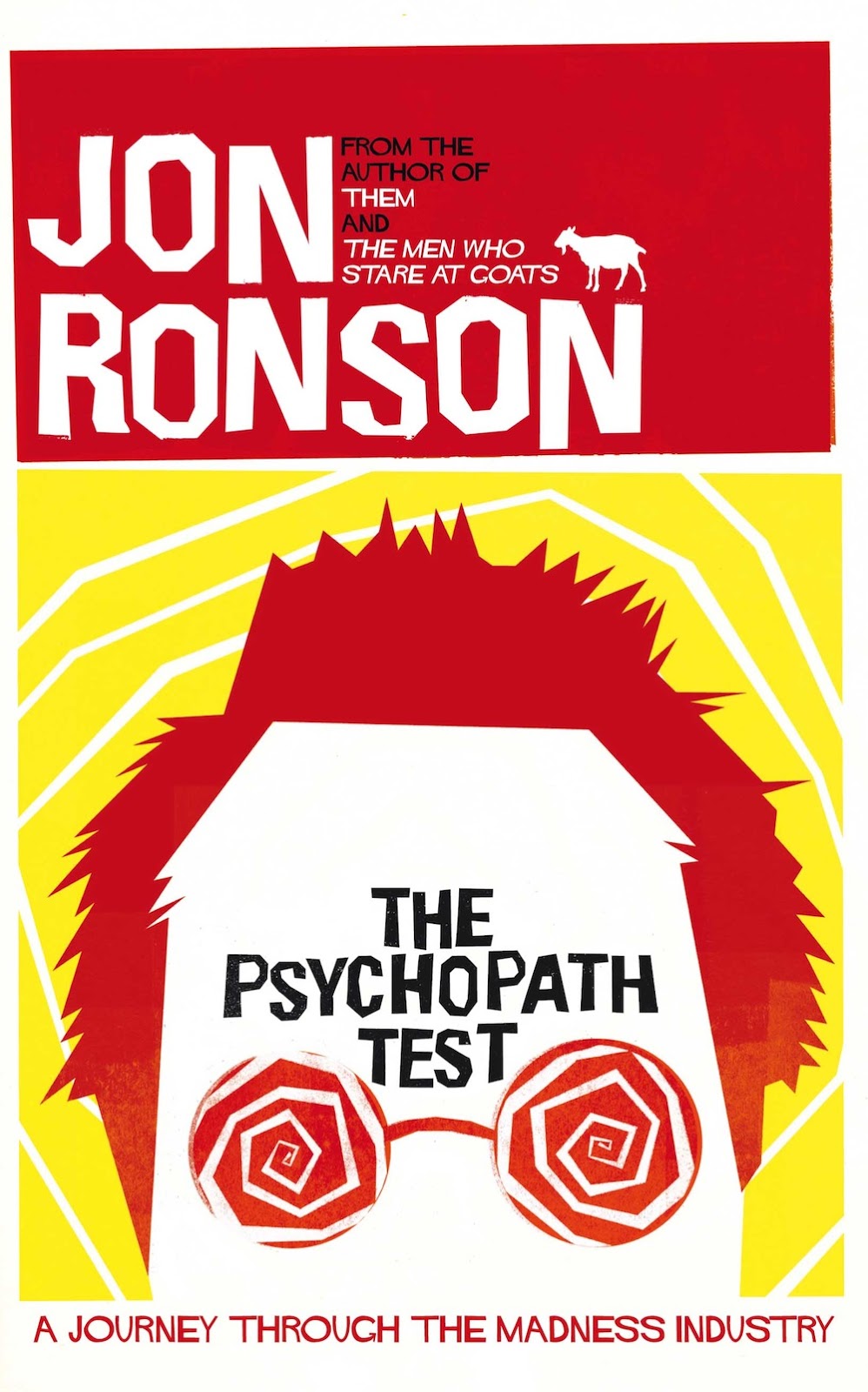 “Suddenly, madness was everywhere, and I was determined to learn about the impact it had on the way society evolves. I’ve always believed society to be a fundamentally rational thing, but what if it isn’t? What if it is built on insanity?”

Jon Ronson (The Men Who Stare At Goats) gets into the topic of psychopaths and madness by being pulled into an elaborate scheme of a psychologist who sends out cryptic messages to some ‘intelligent’ people all over the world. Jon Ronson is then asked to use his investigational skills as a journalist to solve the puzzle. By investigating this story his findings lead him, rather unexpectedly, to psychopathy. Finding this topic very interesting, Ronson decides to pursue it further.Ronson meets a psychologist who is convinced that many people in high official positions are, in fact, psychopaths and that basically the world is run by a lot of people with psychopathic character traits. Further, he visits an inmate in an institution for the criminally insane, who has been diagnosed with being a psychopath, but claims not to be one.  His psychopathy was diagnose with a list created by Bob Hare, who is often considered to be the founding father of researching psychopaths. His list is still used to determine whether someone is a psychopath or not. In order to learn more about  psychopaths Ronson participates in a seminar  on how to spot them easily. He also does a lot of research on how psychopathy has been treated throughout the years and how it is still treated today. Leading from nude group therapy to LSD-infused group therapy sessions in prisons. He also meets with Scientology representatives, who do not believe in mental illness as such, and therefore also not in psychopathy.

The fact that he approaches the topic from so many different angles makes it very interesting to read and also gives you the impression that the topic is being dealt with on an objective level. At the same time the whole book also has a very personal touch, because you accompany the author on his journey through the madness industry and he shares his, often, very personal thoughts with you. The book is very enthralling and I, personally, absolutely love Jon Ronson’s style of writing stories, because they grip you immediately and keep you glued to the pages until the very end.

Although while reading the book you might get the feeling that almost everyone around you, including yourself, might suffer from some sort of mental illness or even be a psychopath. At least that’s what happened to me, so be warned 😉

“Hector and the Search for Happiness” by François Lelord: Review