Imagine having breakfast more than 5 times every morning, wearing clothes you can’t remember buying or having the taste of cigarettes in your mouth although you don’t smoke.
Sounds all rather odd? Exactly! Therefore it has to be the plot of a novel by Matt Ruff. After Fool on the Hill and Sewer, Gas and Electic: The Public Works Trilogy Ruff picks up, yet again, a completely different topic.

Set This House in Order: A Romance of Souls is a book about Andrew, who suffers from a multiple personality disorder. With the help of his therapist Andrew managed to organise the personalities in his head into a house where they all live together and where he can let them out seperately when he needs to. This very organised life he has set up for himself threatens to be disturbed when he meets Mouse, a woman at work, who obviously suffers from the same disorder, but has not come to accept it yet. Her various personalities approach Andrew and ask him to help her come to terms with her condition.

I was rather weary when I first read that the book was to be about a protagonist with multiple personality disorder, because in my opinion it is a very difficult topic to approach and has often been simplified and, to a certain extent, also glorified in movies like for example Fight Club (which is an amazing movie nevertheless). Ruff, though, manages to approach this topic very elegantly and in a sensitive way. He also goes into the depths of physical and emotional abuse that leads to the protagonists disorders, but this is also approached very delicately and in an empathetic way.

Matt Ruff managed once again to combine the element of weirdness with a lot of emotion and humour, like only he can and Set This House in Order: A Romance of Souls was without a doubt the best read I’ve had in a long while. Would definitely recommend! 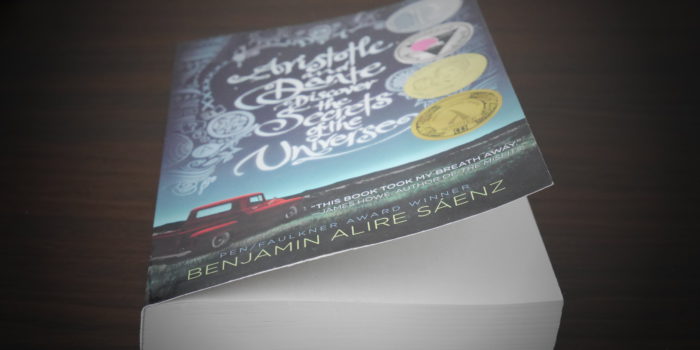