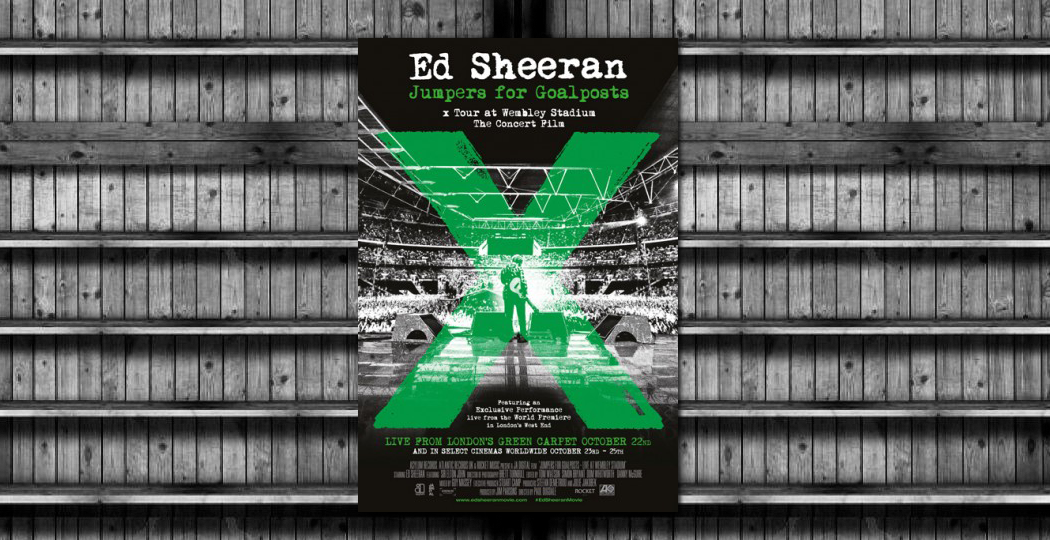 A few years ago, when I was living in London, I came across this singer I really really liked. This singer was Ed Sheeran. Back then the name didn’t really ring a bell for anyone I asked, they only recognised the A team when I made them listen to it. Now, about 4 years later almost everyone has at least heard his name at some point or another and he’s one of the most successful artists in the world.
And therefore, he now got his very own concert movie called Jumpers For Goalposts and let me tell you this: It is absolutely brilliant!

Jumpers for Goalposts is a documentary that mainly focuses on the 3 sold out Wembley shows Ed played in London this year.
I myself was lucky enough to see Ed Sheeran live in concert last year and I was completely blown away. When this guy with the guitar comes on stage you’re not quite sure what to expect at first, but once he gets started the whole stadion/arena is on fire. If you weren’t as lucky as me, this movie is the closest thing you’ll get to seeing him live and trust me, you will be so impressed.
What’s great is, that the movie also gives you some backstage footage and personally I think it’s quite incredible how normal and down to earth Ed still seems, considering what an absolute musical genius he is. 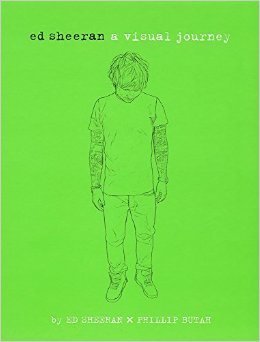 If you would like to know more about Ed and his story in general, I can also recommend you to read Ed Sheeran – A Visual Journey. It’s an autobiography where he talks about his life, his music and his career in his own words, beautifully complemented by drawings of Phillip Butah, who has been a family friend of Ed’s family ever since he was a kid.

Generally I can say I am a huge Ed Sheeran fan (if you hadn’t noticed) and I think it’s just incredible how talented that man is, especially considering his young age (makes one’s own résumé look a bit pathetic to be honest but we can’t all be geniuses, right?) Until this day I’d say his concert was still the most impressive one I have ever been to (sorry Rolling Stones, you know I love you) and seeing the Wembley shows, even just on screen, made me remember exactly why.